Today was a busy one: Added the Unlocks menu, and more importantly, made it do things. 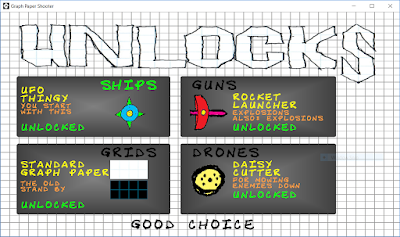