Graph Paper Shooter: the evolution of a little shooter

First thing, design the player. I started with this little thing. Keep in mind this was literally drawn by me, on graph paper. And yeah, it's sad:

Once I got tired of looking at that thing, I scanned in this little "ufo thing". Both the ufo thing and the walker above were designed to have different rigs (their various gun types) applied to them: 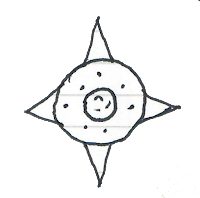 In order, those are:
Next, I drew what was originally going to be just a gun, but after some modifications decided to make it into it's own ship, the "space fighter". 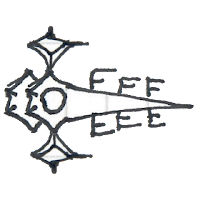 And, finally, the most recent ship, is the "polygon warrior". This ship will be unlockable by beating the Geometry Wars inspired Polygon Wars level. It has four upgrade levels, the first of which is shown here: 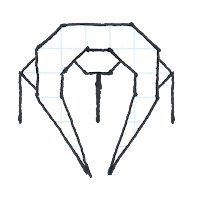 
Once they're scanned in, I colorize them using either "Paint.Net", the Gimp (for functions paint.net doesn't have), or in the GameMaker Studio sprite editor.

Below are all four (yep, a whole four) frames of the space fighter. Right now, it's the only player ship that has individual frames, which in this case are simply the change in color on it's butt to simulate it's little space engine. The ufo thingy, above, rotates. The speed of it's rotation is based on your current firepower. Its rotation is independent of the gun rotation, which points in the direction of fire. The polygon warrior and the space fighter rotate to match the direction of fire.